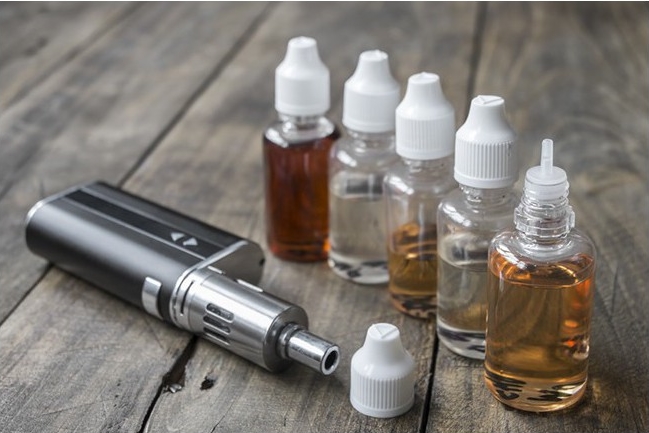 Nicotine and CBD are both compounds produced by plants. Nicotine is extracted from tobacco and CBD from Hemp.

Hemp is a legal strain of cannabis that does not get people high, that’s why it’s grown by thousands of farmers in Europe and USA.

This article reviews the main differences between CBD and Nicotine and explains why CBD e-liquids should replace “regular e-liquids” in the coming years.

“A toxic colourless or yellowish oily liquid which is the chief active constituent of tobacco. It acts as a stimulant in small doses.”

Nicotine stimulates the release of dopamine, also known as “Bliss Molecule”, a powerful neurotransmitter playing in the pleasure circuits of the brain. A brain addicted to nicotine constantly craves nicotine so that more dopamine will be released and give it those intense pleasurable sensations again.

Cigarette smoke contains more than 4,000 compounds, many of which are toxic and damage our cells. Included in these compounds are acetone, used in nail polish remover; arsenic, often found in insecticides; benzene, a cancer-causing agent; ammonia, used in dry cleaning; and cadmium, which causes cancer of the liver and kidney and brain damage.

Nicotine is addictive but did you know that:

Electronic cigarettes with nicotine e-liquids have been a popular way to consume it without the toxicity from the smoke. But lately, more and more vapers have been switching from Nicotine to CBD e-liquids.

Cannabidiol (CBD) is one of the most prevalent cannabinoids found in cannabis. CBD is non-toxic and doesn’t have any relevant side effects. Don’t expect to get “high” off of this compound. CBD is not psychotropic and has a very wide range of applications in e-liquids, food, cosmetics…

Because of its non-toxicity and non-psychotropic nature, CBD is becoming the best choice for smokers looking to get into vaporization, and more and more vapers are switching from Nicotine to CBD.

Data taken from Google Trends shows how interest in Cannabidiol has taken over in the last year. And the trend is just starting.

The best CBD e-liquids use aromas based on terpenes which work in synergy with CBD. Check out our Harmony CBD e-liquids with the most authentic flavours using terpenes.

In Europe, nicotine e-liquids fall under the TPD regulation. Other e-liquids like CBD e-liquids are not regulated yet, with the exception of Austria and Luxembourg where they require the same type of registration and testing as nicotine e-liquids. CBD is not a controlled substance and can be used in e-liquids because it does not contain THC.

E Liquid - If you are interested in Regular E Liquid, you can find the best options here.